GLP - German Light Products has stood for innovative lighting technology for the professional market since 1994. The pioneering spirit of GLP founder Udo Künzler was already fully expressed in the very first product idea. The Patend Light, for the development of which GLP was founded, was at that time a completely new fusion of the scanners already widely used in the disco sector and the moving lights which had not yet been brought to market maturity. Pure innovation and creative development joy!

In the course of the company's 25-year history, groundbreaking successes and bitter setbacks have occurred more than once, but one thing has remained the same throughout all the ups and downs: The irrepressible will to develop intelligent and innovative technical lighting solutions that enable lighting designers to create completely new artistic expressions. In this tradition, worldwide industry standards such as the impression X4 series were developed, as were the newer, extremely powerful KNV LED modules, the versatile hybrid strobe JDC1 or the HIGHLANDER Wash with discharge lamp.

With a trained ear, the GLP team has been listening to the touring, theatre and studio market worldwide for over two decades, always coming up with surprising solutions that meet the creative needs of lighting and stage designers and effortlessly multiply their expressive possibilities. The uncompromising flexibility and performance of the headlamps developed by GLP make this possible.

The close, cooperative relationship with renowned designers, production companies and rental companies all over the world is the foundation on which the GLP family has always stood and still stands today. Every new or further development of a product is the result of a fruitful exchange between GLP as a manufacturer and the users in the market. The firm belief in partnerships that offer all parties involved room to grow and develop is deeply ingrained in the GLP DNA and distinguishes the family company GLP from other market participants.

To this day, GLP continues to develop new products at its headquarters in Karlsbad, Baden-Württemberg. The success of the high-quality, creatively playable lighting solutions, however, quickly allowed the company to grow internationally. Today, GLP is represented in numerous markets with branches in Los Angeles, Hong Kong, Great Britain, France and Sweden and has been able to steadily expand its position as one of the world's leading manufacturers of professional lighting technology for the entertainment industry.

Under the motto "Flexibility - Family - Future", the company remains true to its roots and values, while its account managers and developers are already putting out feelers for the next lighting game changer... GLP German Light Products GmbH was founded by Udo Künzler. It started as a small company, driven by a certain product idea. Künzler wanted to develop an innovative spotlight that combined the elements of the already established scanner technology, which was widely used in discos and on stages, with a groundbreaking moving light technology - which was used on a large scale in the following years. The product name was to be Patend Light. Today it is considered a classic in professional lighting. But early on in the development process, Künzler realized that a product as complex as the Patend Light would take much more time to develop than he had originally planned.
1994 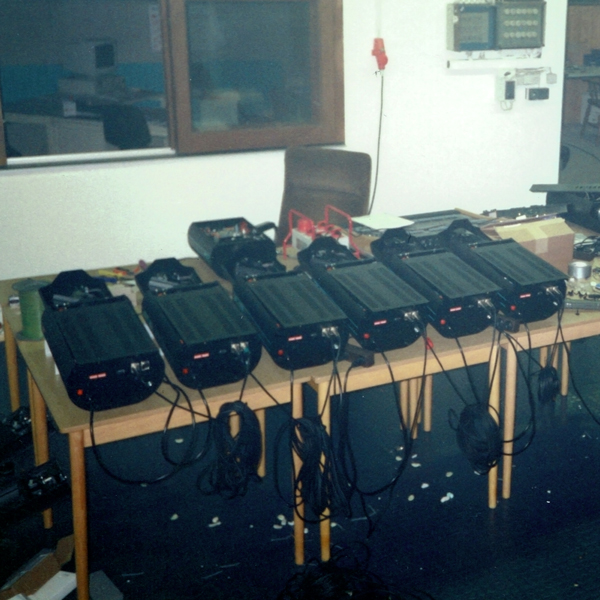 To fund further development of the Patend Light, Künzler decided to develop a more established product. The Startec 2000 scanner was the first GLP product to actually hit the market. It sold well, allowing the young company to continue working on the Patend Light.
1995 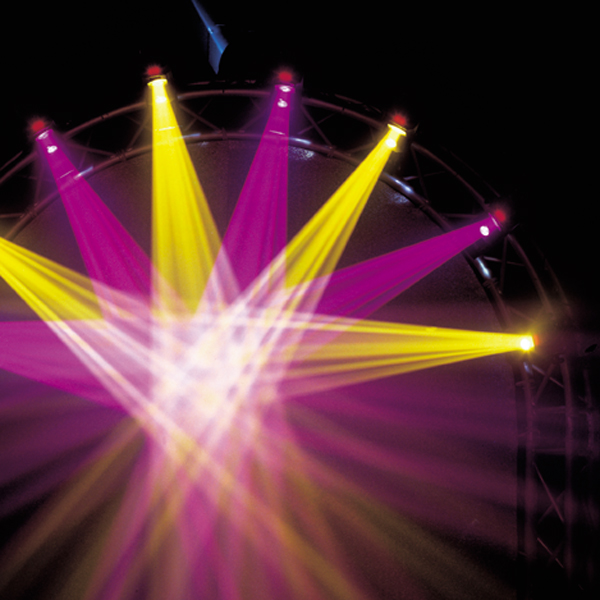 The success of Patend Light paved the way for the GLP products that followed, such as GLP MAX, GLP Mighty Scan and Pocket Scan. During this time, the Digital Multiplex Standard (DMX) was increasingly used in the professional lighting industry to control the increasingly complex fixtures. In order to offer a control solution as well, GLP has also been involved in the development of DMX controllers.
1997 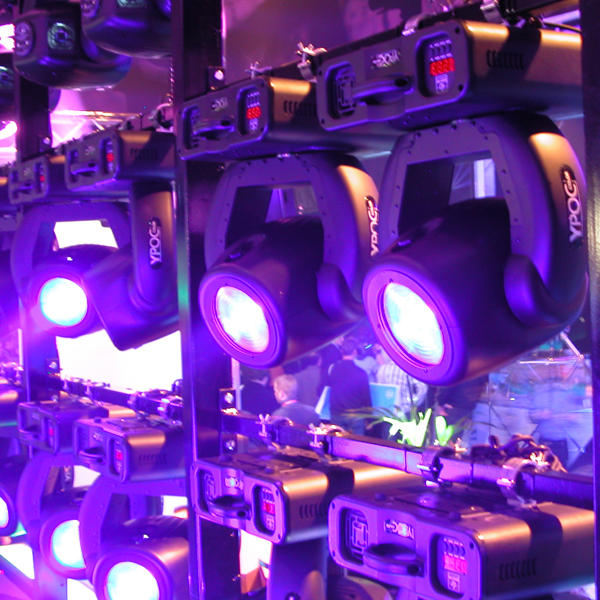 The YPOC Series selected successful spots and wash light functionality from emerging market competitors, and a new product line was established. The YPOC Series sold well and paved the way for the upcoming impression Series, which would solidify GLP's position in the professional lighting industry for years to come.
2004 The impression Series began with the impression 90, which also marked the beginning of GLP's famous baseless design. The baseless design stems from the desire of lighting professionals to reduce the size of lighting fixtures and design slim products without having to get used to huge base/bases. GLP managed to get rid of the base by putting all the electronics in the side arms of the moving lights. This innovation is still the special trademark of GLP products and makes them widely recognizable. In 2007, the impression 90 was the smallest, lightest and brightest LED fixture on the market. It also marked the company's turnaround into one of the leaders in the use of modern LED technology in entertainment lighting. The impression 90 was another major success. Shortly after its market launch, Germany's most popular TV show "Wetten Dass?!" used over 200 units in its summer special. Within a short period of time, several of the largest dry hire providers invested in large quantities of the impression 90. This was the final breakthrough for GLP in the professional market and set the stage for all subsequent GLP success stories worldwide. As LED technology advanced and LEDs became more powerful and smaller at the same time, the impression 120 RZ followed, accommodating 120 LEDs instead of 90 in a housing of the same size as the impression 90. The impression 120 RZ received much praise and sold very well. Also in 2007, GLP appointed Kasper Gissel as Business Director. An experienced professional with excellent international connections, he has helped drive the GLP brand forward.
2007 Mark Ravenhill, another renowned industry expert, founded GLP USA in San Fernando, California. Thanks to Ravenhill's extensive business network, he was able to quickly recruit a professional team. GLP's innovative baseless design also found favor in the U.S. market. Within a few years, GLP became a major player in the professional lighting industry in the US. Many of the country's largest live productions often use large quantities of various GLP products. Still in 2009, GLP entered another business field and purchased the established video technology company G-LEC. At the same time, the company also decided to secure its R&D and production lines by moving all production to its own facility in China. Previously, production was based on a Chinese OEM manufacturer. GLP's own production facilities were intended to secure innovation and know-how within the company and to express the brand's strong commitment to high-quality parts and production.
2009

Spot One und Wash One 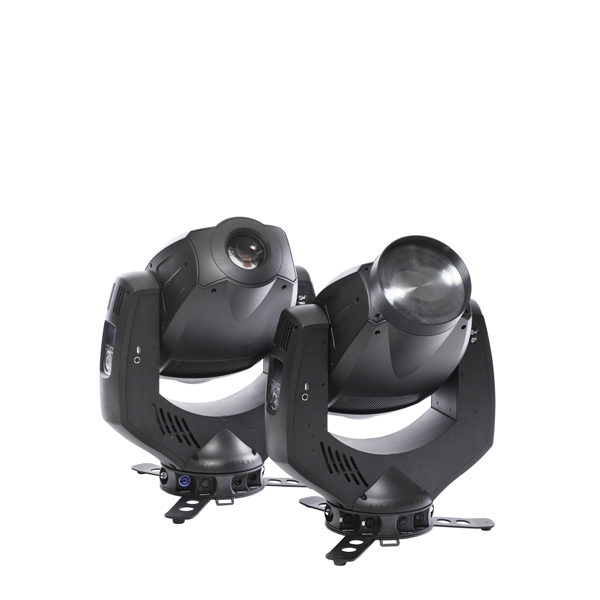 After several extremely successful years, 2010 marked an unexpected downturn for the German company. Two enhanced products, GLP Spot One and Wash One, were introduced but failed to meet market demands. GLP struggled, but was under pressure. In hindsight, it turned out that the products were simply ahead of their time.
2010 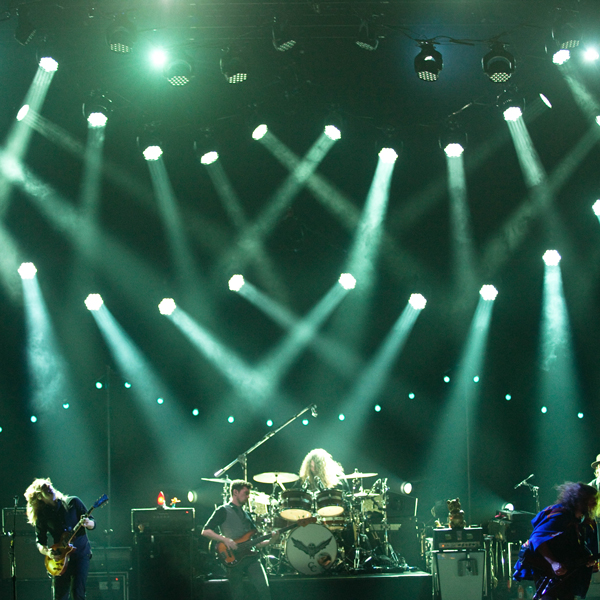 The impression X4 Series was expanded to include the impression X4 Bar, a linear fixture with 20 (later 10 in the X4 Bar 10) RGBW LED pixels of 15 watts each, single pixel control, motorized tilt and a zoom range of 7-50 degrees. The X4 Bar became extremely successful and remains one of the company's best-selling products worldwide. What makes the X4 Bar special is that the LED bars can be connected absolutely seamlessly, allowing designers to create straight lines with no gaps between units.
2015 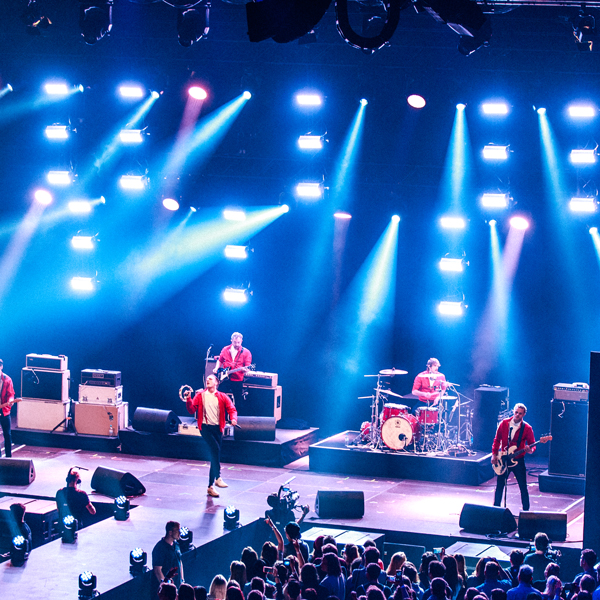 The new hybrid strobe GLP JDC1 is launched. The extremely versatile and super-bright luminaire expands the creative possibilities of designers and sets out to continue the success of the impression X4 series.
2017 The KNV Series, a family of versatile and hyper-bright modular LED systems that combine strobe, blinder and pixel effects in compact and combinable units, was introduced. Shortly thereafter, some of the largest outdoor events in Germany have already relied on very large quantities of these innovative fixtures. Also in 2018, GLP acquired the German brand EHRGEIZ, which specialized in weatherproof LED lighting solutions for outdoor applications. EHRGEIZ's product range is currently being revamped by GLP to align with the new FUSION brand. With the FUSION by GLP portfolio, GLP is opening up new markets and offering customized lighting solutions for outdoor applications.
2018 GLP is a renowned company in the global lighting business with offices in the USA, UK, Scandinavia, France, Hong Kong, Singapore and Russia. The global distribution and dealer network covers other interesting markets.
2021